The Thor that most people in this day and age are familiar with made his debut in 1962 in the science fiction comic, titled “Journey into Mystery”. And this the adaptation which Hollywood chose to portray through its superhero movies in the last decade.

However, did you know that the God of Thunder has been tickling people’s imaginations since the time of the Roman Empire?

Thor was a God in Norse mythology and was both feared and worshipped by the Scandinavian and the German people of antiquity.

Thor, as presented in the Marvel Cinematic Universe, has a blonde beard and blonde hair.

However, according to the manuscripts related to antiquity, the original Norse Thor was touched by fire, meaning, he had a red beard and red hair.

In the Marvel’s version of Thor, he is depicted as continually chasing Jane Foster, a woman who is from Earth. In the first two volumes of MCU Thor, Jane Foster has been given a significant role, however, in the third volume she is nowhere to be found and later in the Infinity War saga we learn that poor Thor has been dumped by his human girlfriend.

The Norse version of Thor’s love life is not so dramatic. On the contrary, he is married and has two children and lives in a 540 room mansion named the “Place of Might”, which is the biggest in Asgard. His wife’s name is Sif(the woman he trains within the first two Thor Movies), and the two boys are named Trudi and Modi. However, Thor has a third son, which he adopted by the name of Ullr.

3-  Hela, the daughter of Loki

In the MCU, Hella is depicted as the sour and vengeful daughter of Odin, making her the elder sister of Thor.

In Norse mythology, things are a bit complicated. Hella is Loki’s daughter. As per Norse folklore, Loki has fathered many children, including the big bad black wolf seen in MCU’s Ragnarok.

The third volume of Thor called Ragnarok, Loki lends a hand to Thor throughout the movie, going as far as helping him reign in Hela.

In Norse mythology, Loki is not so generous, to the contrary, he helps the bad guys in destroying Asgard. In the Norse folklore, Loki backstabs his fellow comrades and sides with the Old Gods to take down Asgard.

Everyone who has been following the Marvel’s depiction of Thor, knows Loki to be the eccentric stepbrother of Thor, who was adopted by Odin at the climax of Asgard’s great war with Giants.

As per Norse lore, Loki is the vengeful stepbrother of Odin All-father, who has severe grievances regarding his position in Asgard. His relationship with his nephew is also not very pleasant, as Thor catches him red-handed conspiring to remove Odin from the throne.

6- He rides on goats

The Marvel’s portrayal of Thor uses his hammer to fly. It is quite evident that the God of thunder cannot operate without his hammer.

The Norse version of Thor’s flying abilities is more interesting. He uses an enchanted chariot to travel around the world, the chariot is pulled by two goats, named tooth-grinder and tooth-gnasher.

Thor, in the MCU, uses Mjolnir without gloves, however, per the Norse legends, Mjolnir cannot be used without a specific kind of magical gloves. Failure to wield it without gloves will hamper Thor’s ability to reign over the storms. The gloves are one of the three objects that Thor relies upon for his mind gobbling powers.

8- Ragnarok is the end

In the MCU’s depiction of Ragnarok, Thor and Loki escape Asgard, and Hella is left at the mercy of Surtur, who goes on to destroy Asgard.

The Norse folklore paints a grim picture. Thor, Loki, Heimdall, Odin, Freya -all succumb to death after the event. Ragnarok, by definition, means re-creation and for the world to re-create itself, it has to be destroyed. 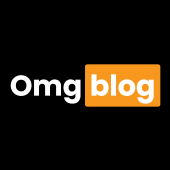 How to differentiate between a Narcissist | Psychopath or Sociopath

Get your Free eBook Today!